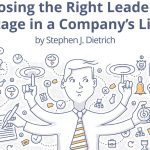 Written by Stephen Dietrich on March 8, 2017. Posted in Leadership

Recently, I had an epiphany when I was working with a company that was struggling in its current state: This company had the wrong leader for the current stage in its lifecycle. The current leader had done a great job getting the company to where it was, but now that it was established, it needed to function in a different manner. The company needed to transition from start-up to growth mode — a transition the current leader was ill-suited to navigate. 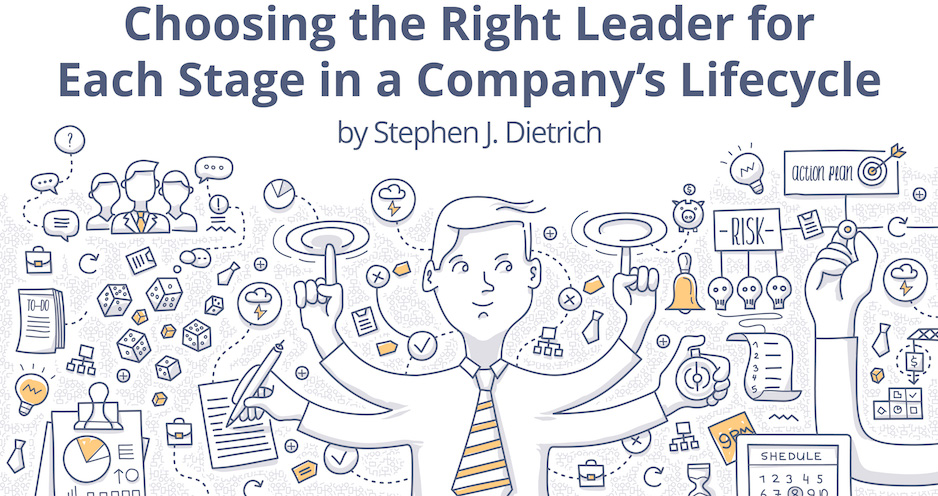 In simple terms every company, assuming it survives, proceeds through four stages:

Each of these four stages requires strong leadership, but rarely is a single individual best suited to lead the company at every stage.